You should be aware of “how does Botox work” before considering this treatment. Botox, which is short for Botulinum toxin, blocks the nerve impulses transmission at the muscle end plates. It blocks the movement of acetyl choline, one of several important neurotransmitters. A well-trained person can choose the injection site carefully, and then set about paralyzing the muscles around your eyes, forehead, and between your eyebrows, that are causing wrinkles and lines 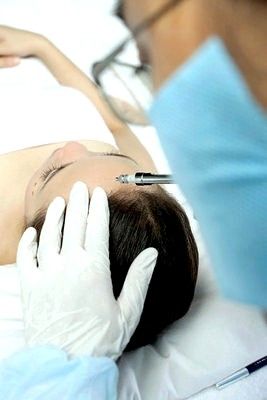 Clearly, this person needs a great deal of anatomical knowledge as well as knowing the appropriate dilution of the Botox to lower the occurrence of unneeded side effects that could happen if the nearby muscles accidentally get paralyzed even though you need them to work. For example, if you put the Botox Injections too close to the eyelid, it can cause your eyelid to sag.

You might also want to know how long the Botox’s effects will last. The average length of duration time is close to 4 months. This is an average, and some will have much longer time (around 8 months) and in others, it will last only about 6 weeks. So there is quite a lot of variation in time. Research has shown that the most important item affecting the duration of Botox’s effects is how many Botex units are injected. If you are using forehead/Glabella Botox, the best dose is about 40-50 units which is equal to about one hundred units of the Dysport/Azzalure, this drug is about 2.5-8 times less strong than the Botox/Vistabel. This gives you about 4 months duration time in about three-quarters of the patients.

The other thing to consider is when to get your next dose. This depends on personal preference, and there is no correct way to determine when to have the next dose other than to consider it when the Botox starts to wear off. Using a calendar is probably not the best way to decide, as it could last a lot longer than you think, especially if you are having regular treatments since it is longer-lasting every time. What should you look for to see if the Botox is wearing off? It’s mainly that the muscle areas that were paralyzed previously will start to move again. If you had between the eyebrows treated, this is probably the first place that will start to move. This is a very active muscle group and will show the signs of Botox decline way earlier than any other places.

Once you start to see the movement in those areas, you will gradually see the lines return to your skin, though they may not be as noticeable as before. That makes this a good time to consider setting up your next appointment for Botox treatment.