For decades, we have had Botox to go to for wrinkle management, but recently, there’s been a newcomer on the scene. Dysport is the newly approved alternative to the age-old solution to lines and wrinkles and many are hailing it as a vast improvement. Just what is the truth in the Dysport vs. Botox debate? Read on to learn more about each injection so you can make an informed decision yourself.

Both injections are made up of botulinum toxin Type A, which paralyzes the muscles it is injected into. This isn’t a permanent paralysis, however, and the shots need to be repeated on a regular basis, as they wear off. This is where the two differ. Botox needs to be redone every 3 months. Dysport, on the other hand, seems to last at least 6 months, making it longer lasting.

One of the main reasons to choose Dysport over its sister toxin is that it appears to work faster. In cases where wrinkle elimination is a last minute decision, the difference between one day and three days for the botulinum to start working is a big one and can be vital in the decision making process. Some situations where it would be preferable to have faster acting results would be before a big job interview, a wedding or a high school reunion. Not everyone can plan ahead to ensure that they get their injection a full week ahead of time, so it may be best to go with the faster acting version. 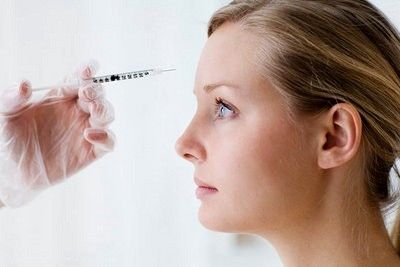 The downside to the newest injection type is that it may stimulate the body to produce antibodies. These attack the toxin and essentially render it useless. This can occur with Botox, as well, but is less likely. At this point, the new version of the botulinum toxin is still relatively fresh to the market and studies are still being done on it. It has been approved for human use, however, as it does not have any major side effects.

In fact, the side effects for the two shots are quite similar. They may cause swelling and bruising or numbness in the injection site. This is easily offset by icing the area and usually does not last for long.

One of the more talked about benefits of the new wrinkle remover is the fact that is costs less than the older method. It ends up being the same, more or less, since the price is approximately a third of the price of Botox Injections, but you need three injections of Dysport to get the same effects. That being said, for those who want a mild paralysis of facial muscles, this smaller dose may be a better option.

In the end, when it comes to Dysport vs Botox, the choice is yours.